Jet lag and a problem with the rental car caused us to get a later than usual start the next morning.  Breakfast was in the house – skyr, fruit and granola – and lunches were made for us to have during our travels throughout the day.  Then it was off to see the Golden Circle and enjoy the natural wonders of Iceland.   Even in the on and off rain, it’s gorgeous, lush and green.

Our first stop was Thingvellir National Park, site of Parliament at one point and also some split tectonic plates.  This is a big hiking area where you can see sprawling views and waterfalls.  We walked to one water, and then headed through the tectonic plates to view them from above.  As nothing super exciting or of consequence occurred while we were there, I’ll let the pictures speak for themselves. 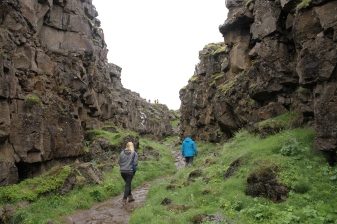 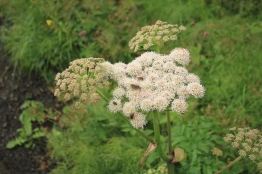 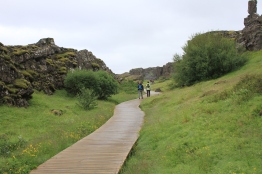 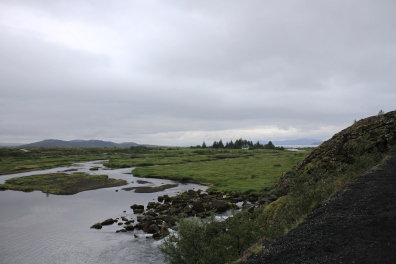 From Thingvellir headed to the Stokkur Geyser, but we stopped to make some friends with some Icelandic horses on the road, where I took one of my favorite pictures from the whole trip: 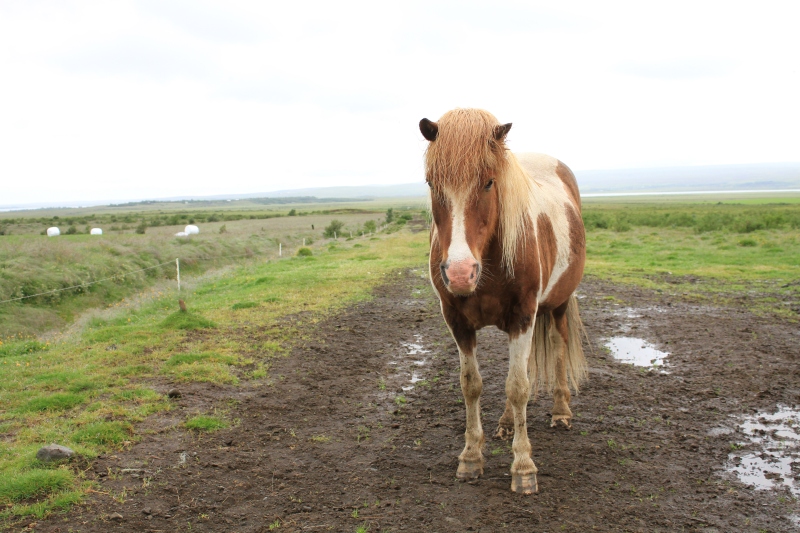 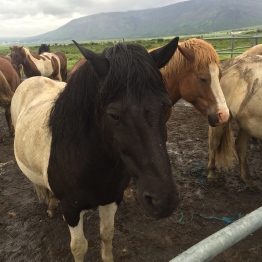 When we arrived at the geyser, the rain started to pick up a bit and the group got a little bit separated.  However, there was really only one place to go so we managed to all find each other again.  I’ve never really been one to “get” geysers, but seeing this one was cool.  If you stand in just the right spot, you’ll get wet from the shooting water falling towards you – which was a big draw for a lot of people, but I wasn’t too into being sprayed with warm sulfur water!  I chose instead to stand on the other side of the geyser, where you could still enjoy it shooting from the ground but not soaking you!

The sulfur smell was intense, and it very much reminded me of being upstate at grandma’s with their sulphurous well water!

Lunch that day was at the geyser – we brought it with us and supplemented with chips and coffee from the little shop.  After a rainy morning, it was nice to sit inside for a little while.  I knew going in that Iceland was not going to have the type of summer weather I was used to, but I hadn’t expected it to be so chilly!  Very thankful that I did my research and figured out exactly what I needed before I left.  Bless you, North Face, for having a three-in-one jacket that was perfect for Iceland travel (a lightweight waterproof, a fleece inside which could be separated and worn separately or together depending on weather conditions).

The Gullfoss Waterfall was next, and this thing was seriously cool.  I’ve never been to Niagara Falls, but I’m pretty sure this one is bigger.  To really understand the scale of it, you’ll have to look at the people standing along the sides to really see the enormity of the falls. 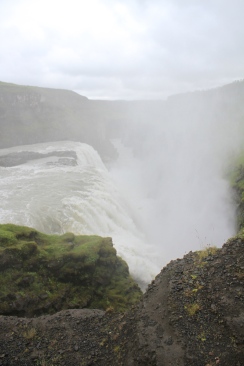 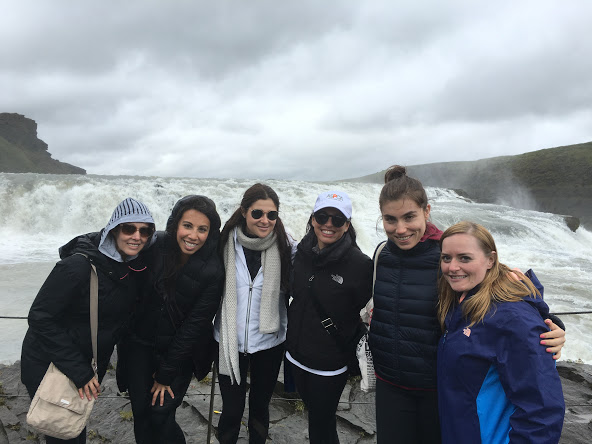 Our day did not end with the Gullfoss Waterfall.  It was off to the Kerid Crater Lake next, which I found fascinating.  It’s exactly what it sounds like: a lake in a crater, but the colors surrounding it were brilliant.  We walked around the perimeter of the whole thing, and it was nice that it was finally not really raining, and we were able to enjoy the walk! 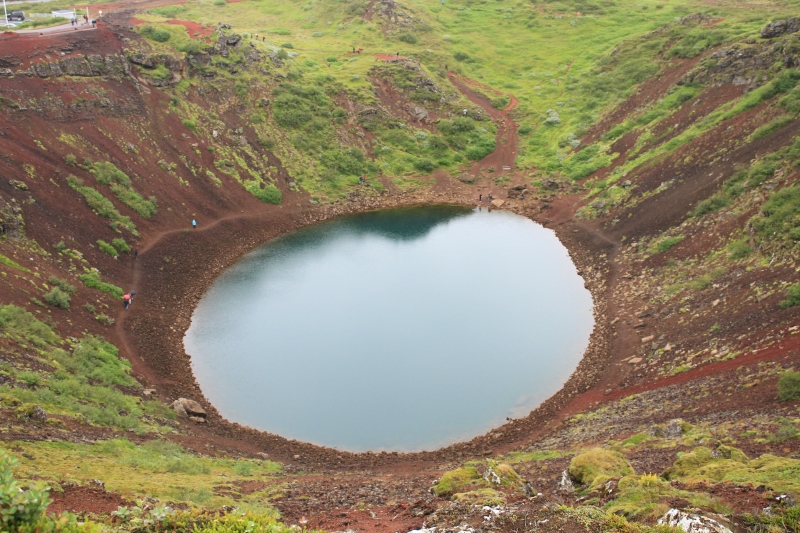 I feel like all of my pictures of the crater look the same, and I also feel like none of them do it justice.  In the picture above, there are two people standing at the opposite end of the crater, on the ground below where I’m standing, which should give you an idea of scale.  It really was much larger and more impressive than it looks.

Mid-afternoon now, it was time to do some off-roading.  We took our rickety car onto some backroads, which was great because I wanted nothing more than to just see as much of the landscape of the country as possible.  We stopped for some photo-ops: saw some sheep, stuck out hands in FREEZING cold water (this was NOT a hot spring!), and jumped on some moss that was so springy it was almost trampoline-esque.  We had a lot of fun bouncing on it before getting back into the car to head for the house. 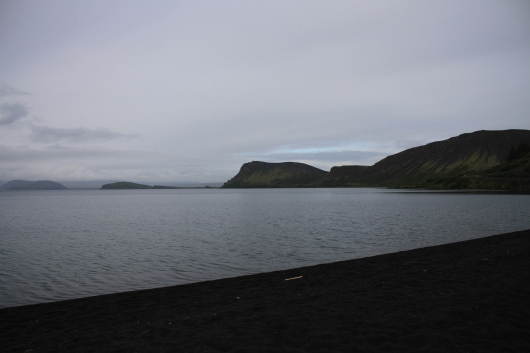 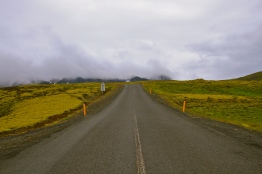 Dinner that evening was a little different: the group split into two, with some going out for the night and me and the others having dinner and then heading back to the house.  Dinner was at the Laundromat Cafe, which was adorable and had books lining the counter, and we also got to walk through Reykjavik a little bit more, where I found the Chuck Norris Grill!

A successful second day in Iceland meant a good night of sleep, ready for our next day of seeing the country!