As seems to happen every Christmas, I revel in the tradition of it all.  I’m a sucker for traditions – I love the old ones and I like to create new ones.  However, it is always those from way back that I look forward to the most.  Take Fake Christmas, for example.  This celebration began in my father’s family probably about ten years ago (perhaps even fifteen… am I really THAT old??!).  In an effort to make the holidays a little easier on family that came from far and wide, we started to celebrate the weekend before the real holiday.  Though its name has caused great debate, the term Fake Christmas is always one that is uttered lovingly, and the time to spend with family around the Christmas tree (and the ever-expanding dinner table) is always cherished, particularly by the cousins.

The day always begins with stockings.  Of course, most of our stockings were made by Grandma Aurora.  We were all started off with tiny little stockings as babies, and then received new ones, as though it were a right of passage, as we got old enough to have more gifts stuffed in.  My stocking has been mine for as long as I can remember, and I love the braided “K” sewn onto the green velvet.  I always feel like a kid again whenever I have this stocking in front of me, packed with little things that Santa (or Grandma and Popops) have stuffed in there. 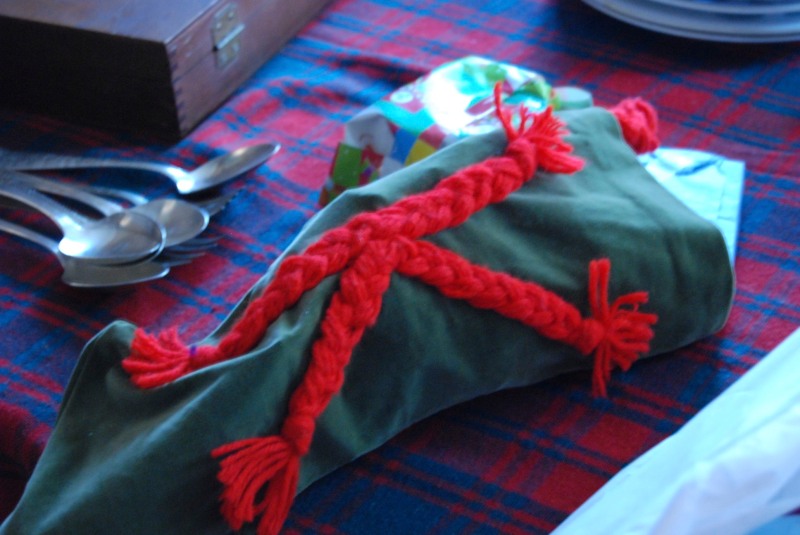 Many years ago, I received a special ornament to use on the tree at the Roberts Family Fake Christmas.  It was a glass ballerina that I took great care of, and now I leave it in my aunt Willa’s capable hands so as to not disturb the tradition of it being on her tree.  It always reminds me of the Nutcracker every time I look at it. 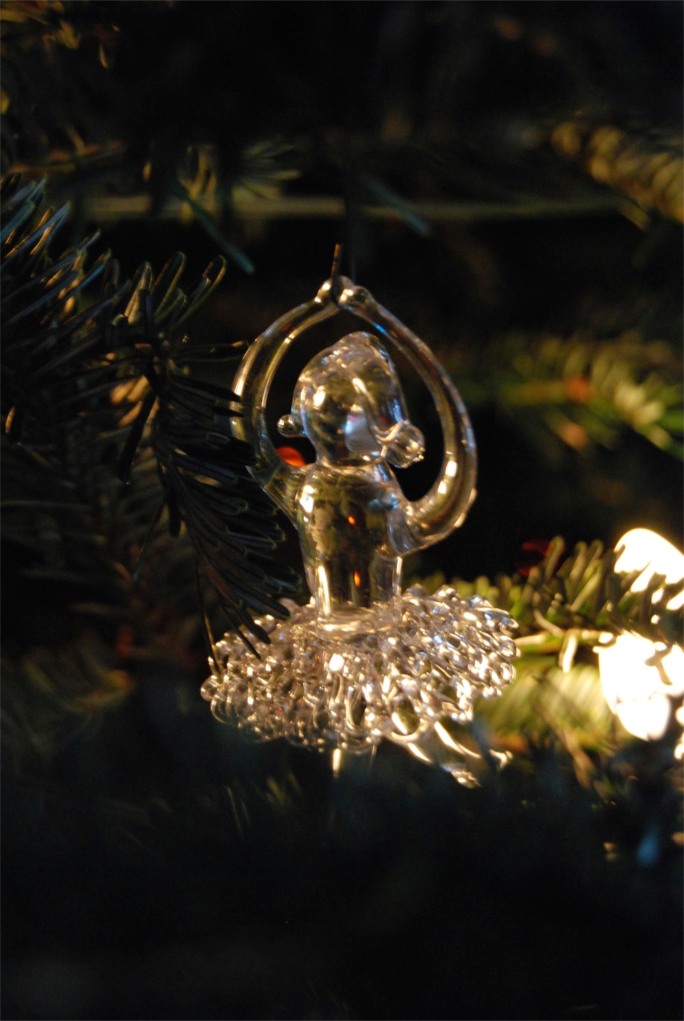 One of the things I have enjoyed the most has been the burgeoning family that appears at our holidays.  The table at Willa’s has always been crowded, but now it practically overflows as the third generation is largely in their twenties now (with one just about there at nineteen, and then the baby of the family, still just nine) and bringing significant others, most of them likely permanent fixtures, into the family.  Even with this, we have not resorted to a “kids table.”  We just sit a little closer and make a little more room, even it means we touch elbows while we eat! 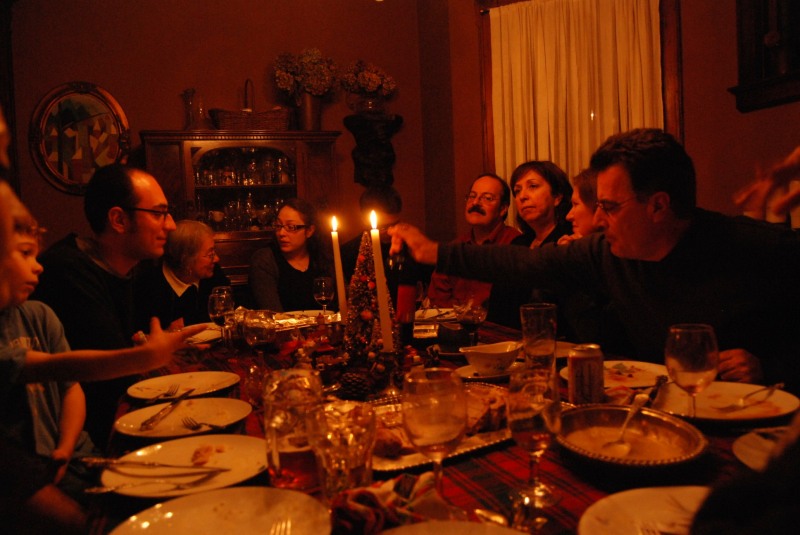 And it wouldn’t be Christmas without the annual Cousins Portrait.  We take one every Fake Christmas, and it’s been a fascinating study throughout the years (and perhaps one that I’ll attempt a post on, at least of all the one’s we’ve done since cameras have gone digital!).

From Fake Christmas the tradition continues to the Christmas Eve/Christmas Day tradition with my mom’s family.  In what has become a newer tradition, I am the official cook for Christmas (Day in this case this year, though in the past it’s been the Eve) – since my sister and I both love to cook, we trade – she gets Thanksgiving, I get Christmas.  This year I decided a pork loin was in order, since it can usually feed a ton of people.  I paired it with two sauce options – mustard or cranberry-apricot, and then serves potatoes and green beans with it as well. 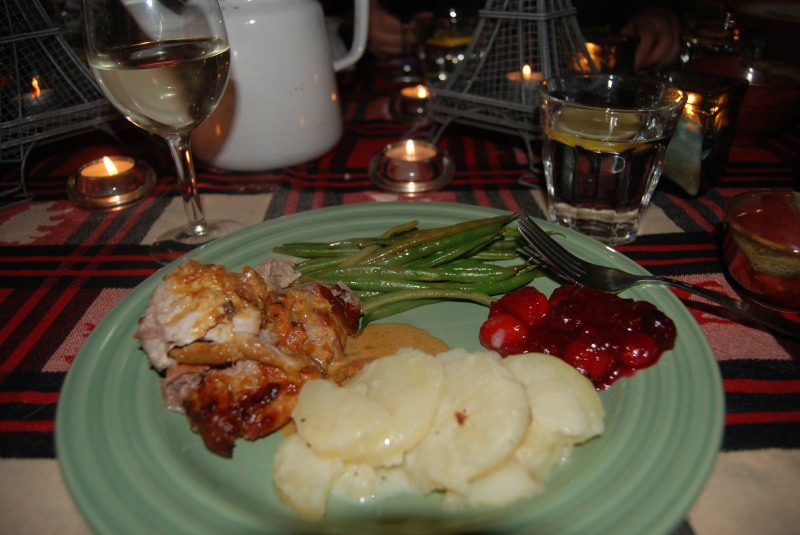 I can hardly believe another year has gone by and the holidays are over.  I am looking forward to carrying on the traditions for many years to come, and hopefully creating some new ones as the years go by.  Next up: the new New Year’s Eve tradition – “Lobster, Champagne and Fanciness,” in which I will be wearing this (I couldn’t resist… and I have a $25 gift card!).