I bought this dress from Modcloth about a year and a half ago. I wore it a couple times – to work, and then to my family’s Thanksgiving celebration. I liked it, but the collar bothered me. After a few washings, no matter what I did, the collar didn’t lay the way it was supposed to. In any case, I just stopped wearing it one day, but it remained in my closet, just sitting there useless.

As it happens, recently I was going through my closet looking for clothes to get rid of. There’s so much I don’t wear, for whatever reason, and I didn’t feel the need to hold on to these things anymore. However, I realized that I could probably, and quite easily, alter some of the items in my closet to make them more what I had in mind – or, at the very least, make them into something I would want to wear, something that was flattering and something that would feel like a new piece of clothing without ever needing to spend another dime.

The front of the dress, before. Again, as you can see there’s nothing inherently wrong with it, I just didn’t really like wearing it: 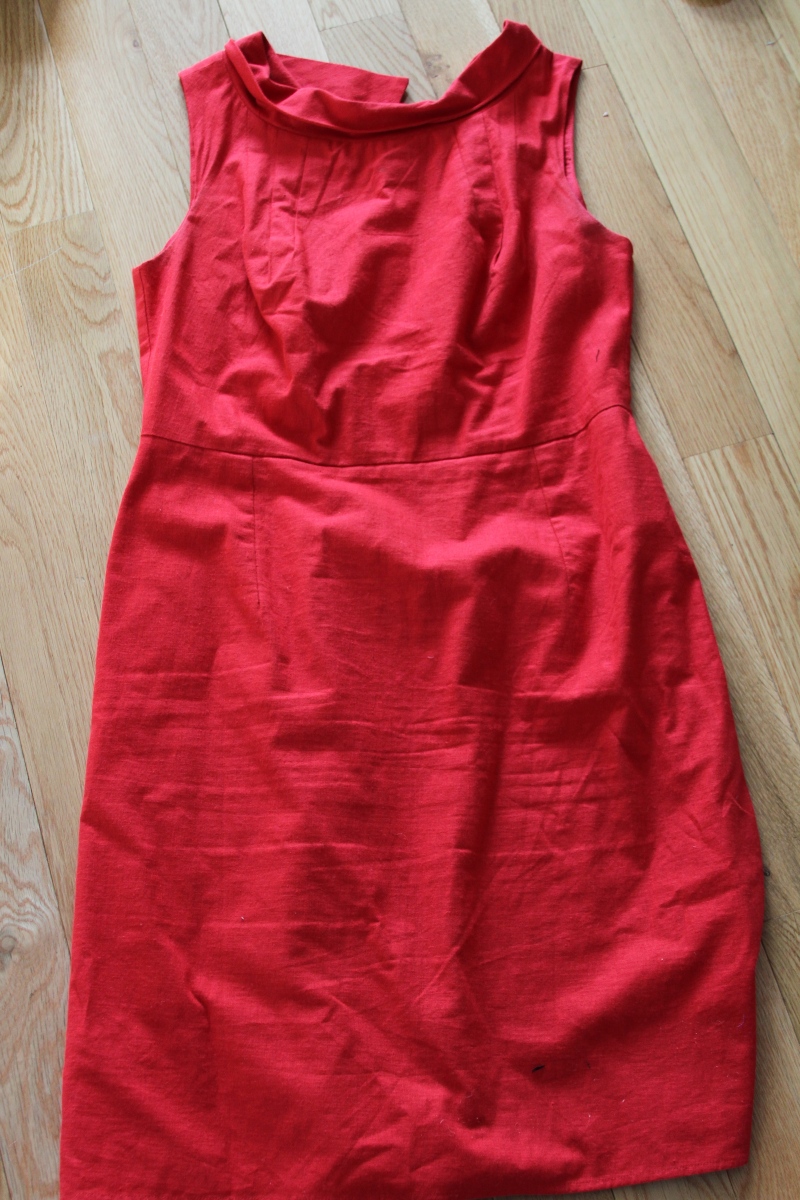 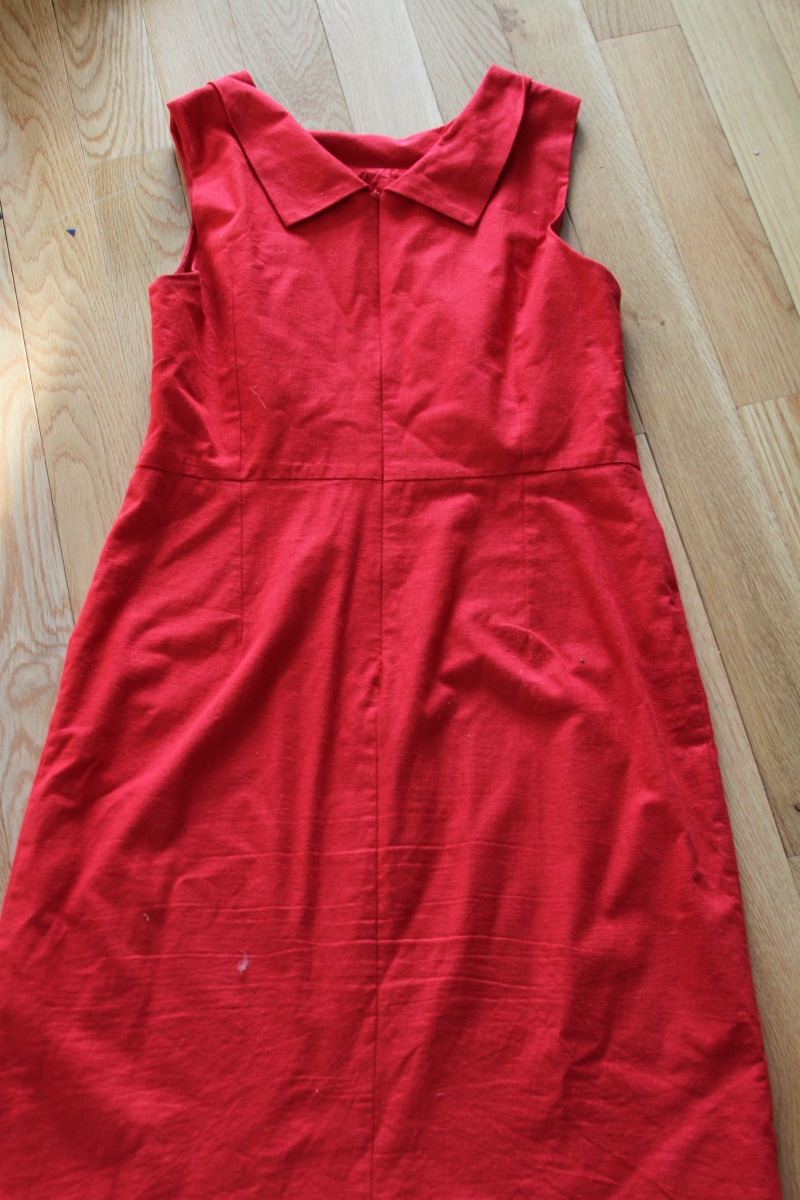 The first thing I did was remove the collar. I liked how the collar fell in the back, and initially my plan was to remove it and kind of reverse what the dress did (i.e. put the pointed collar in the front). Here it is marked with chalk, although this is not what I ultimately ended up doing. You’ll see that the dress kind of took on a natural progression of it’s own as I worked. 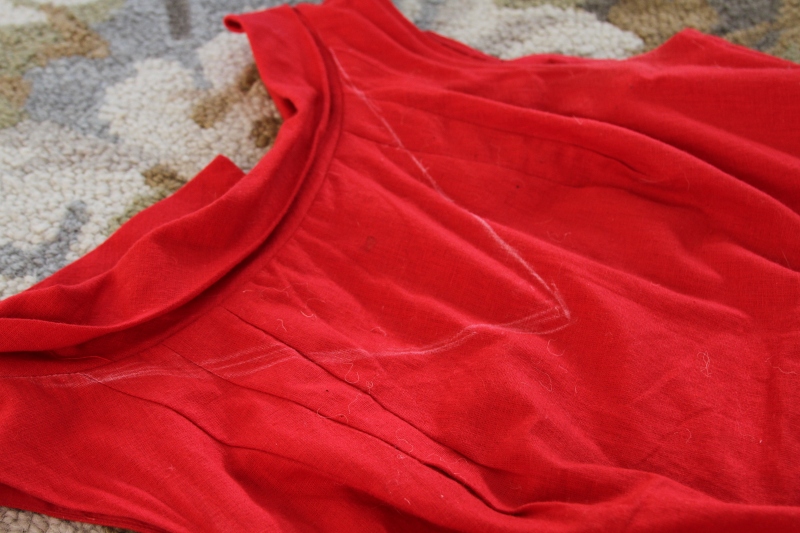 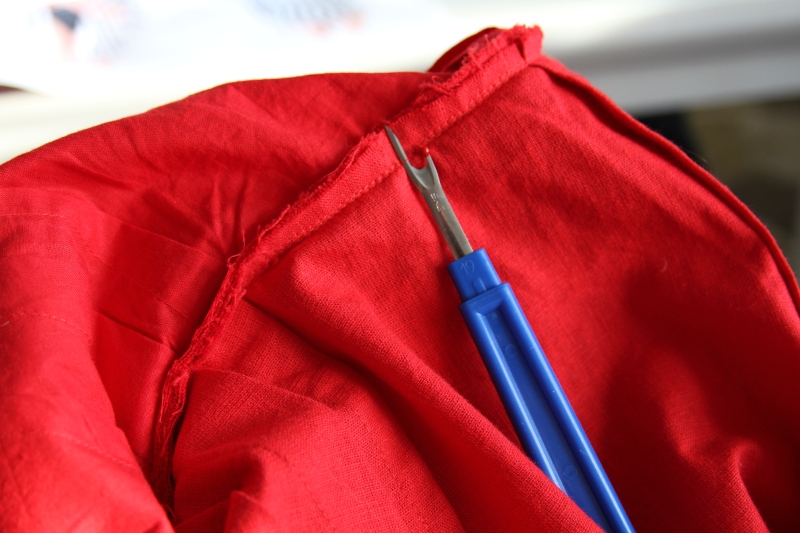 Once the collar was removed, I had to take out the darts in the front of the dress. Trying to cut a new neckline through the darts, I felt, would end up strange and unflattering. Once that was done I kind of shortened the neckline to make it more of a scoop. I couldn’t figure out how to get rid of the rest of it, so I basically created a new shape on the top: 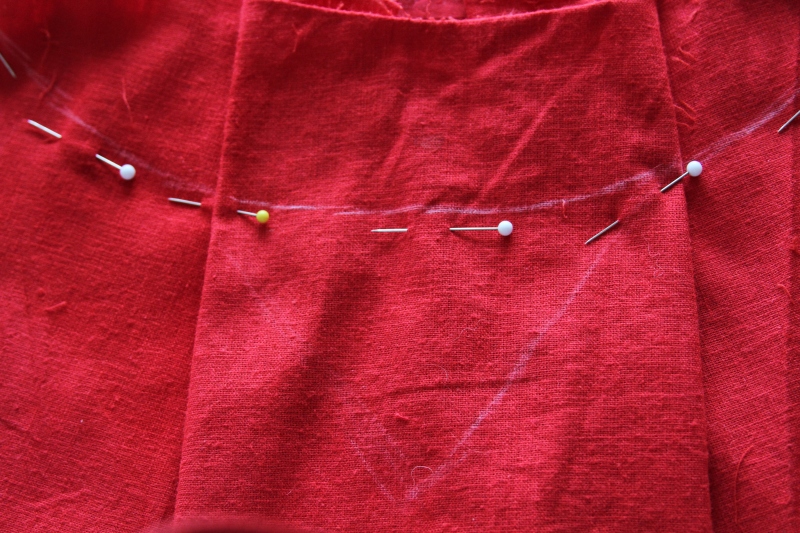 After that, all that was left was to hand sew everything back together, and I was done! 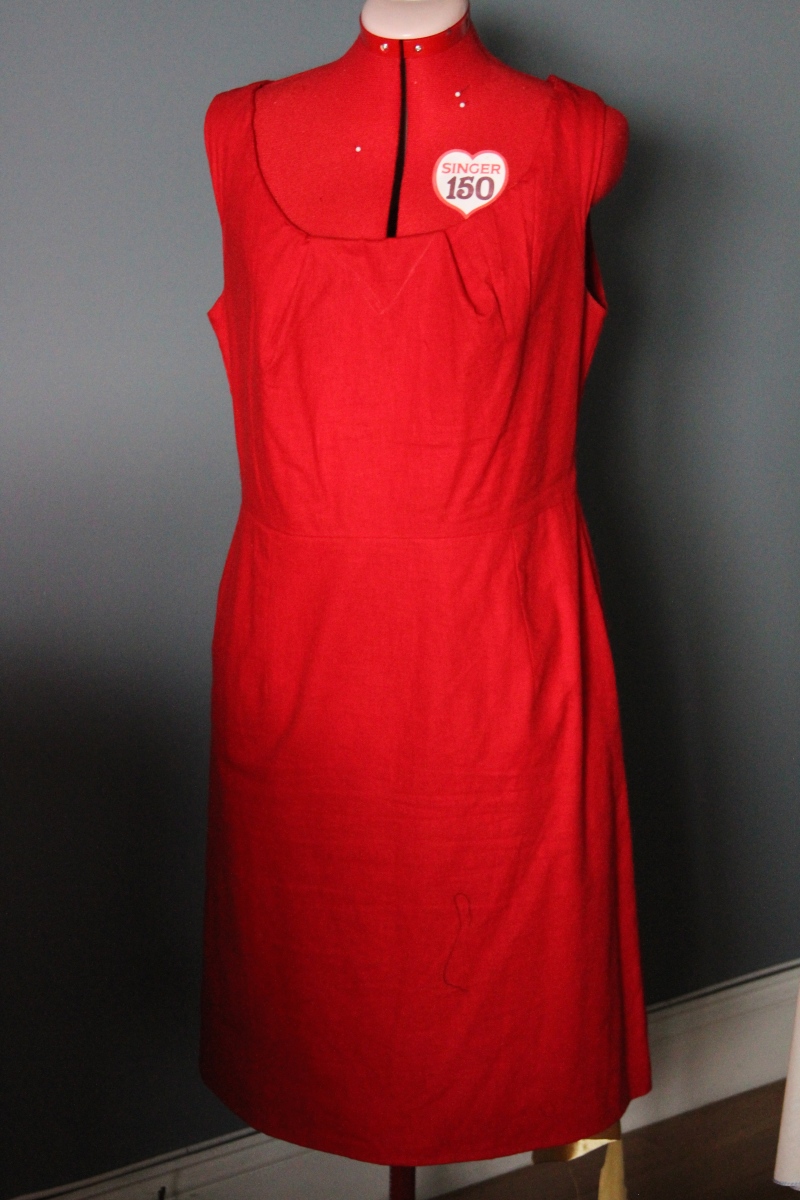 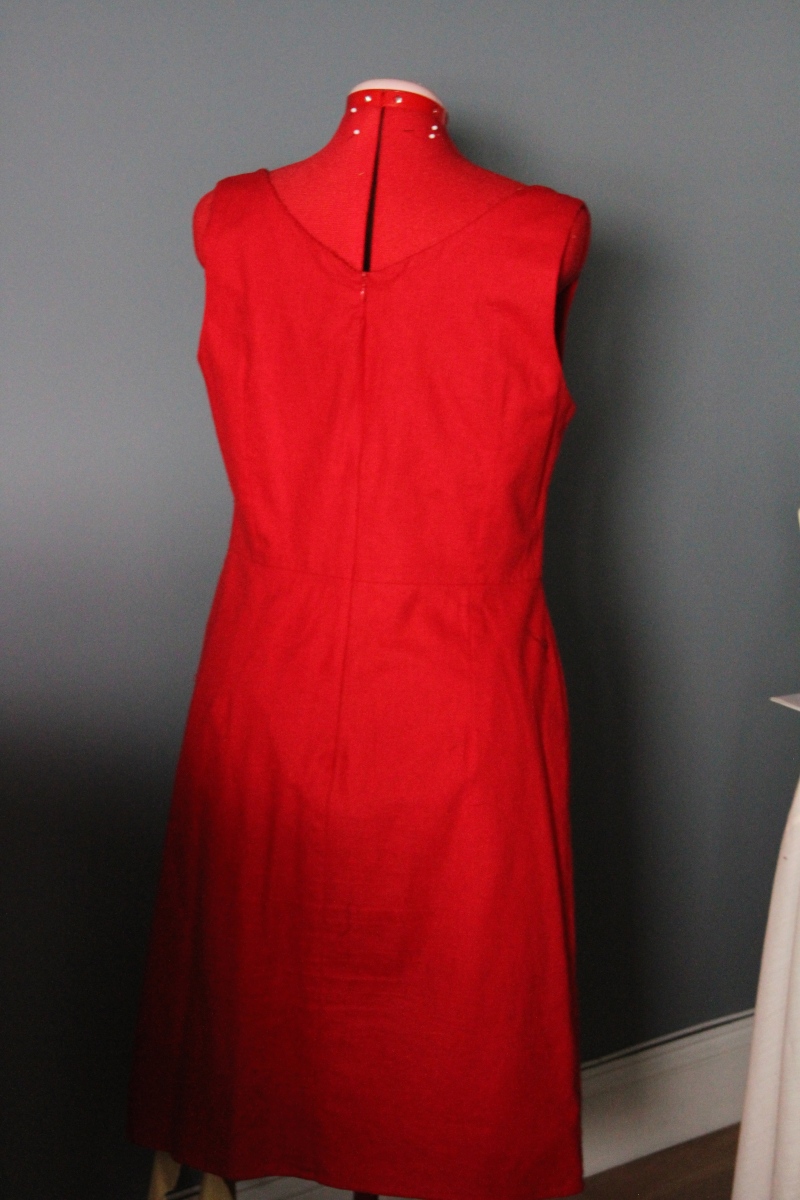 I must admit, I’m a little addicted to repurposing now… I need to find an insanely cheap thrift store so I can start wearing things that cost me $1.