Day two started off with slowly waking up. On the plus, I was able to sleep nearly a full six hours without waking up because of the jet lag (and only then cause I had to go to the bathroom, after which I slept for another hour), which was a nice change from my normal sleep routine. I let myself stay in bed for bit before getting up and heading down to the Starbucks that you can access from the hotel lobby (which is awesome, and extremely convenient), where we got breakfast and coffee before out day of Seattle sighseeing.

Since the next couple of days are up in the air as far as plans go, I wanted to get all the typical Seattle stuff out of the way. Thankfully, and equally conveniently, most of those attractions are also within walking distance of the hotel (and since I don’t want to sit around gaining weight while on vacation, this was a good option for extra exercise). And so mom and I were off to the Space Needle.

We approached the giant landmark through a park and stumbled upon a cool-looking fountain, which you can apparently walk into, or at least that’s what someone else was doing (regardless of it being allowed). As we continued to the Space Needle, we heard the musical stylings of a street saxophonist, who repertoire ran the gamut from the Star Wars theme song to “If You’re Happy and You Know It” with no real rhyme or reason to the music order. 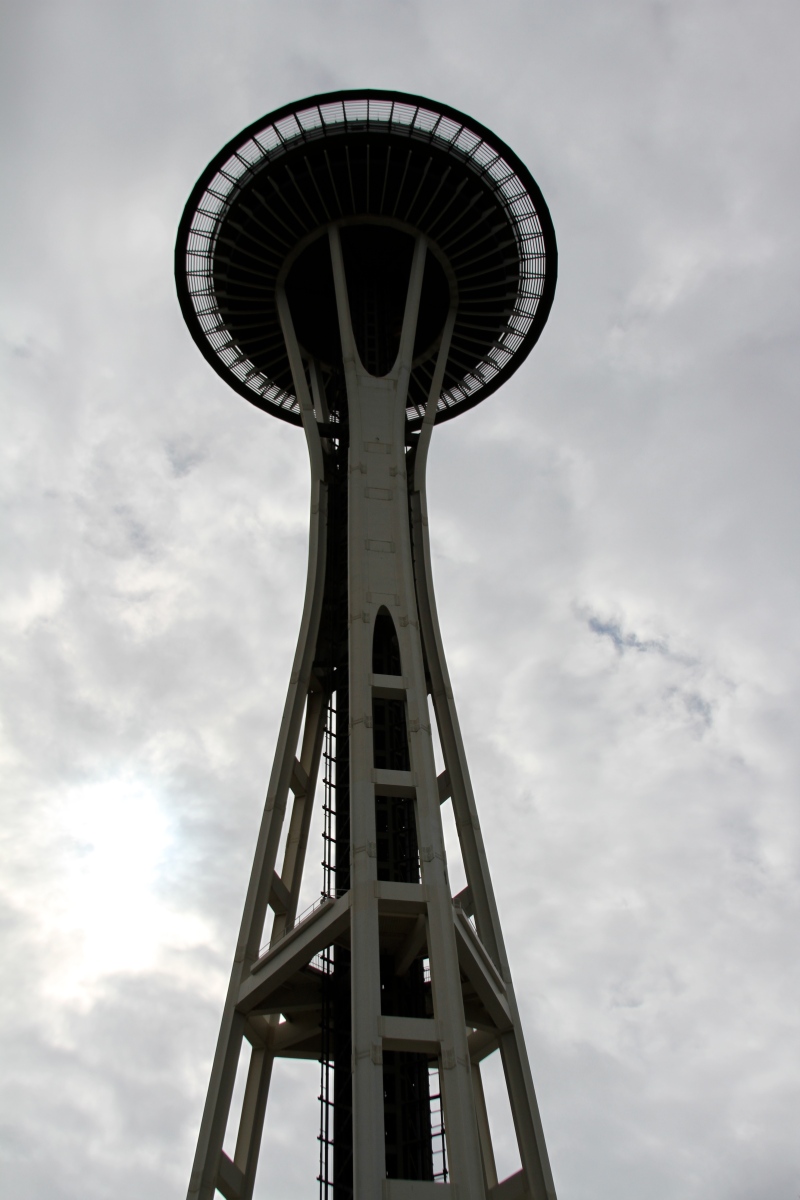 We decided to visit the top of the Space Needle, which was something we didn’t do back when I was thirteen and was last in Seattle. Mom is leery of the heights, but she braved it anyway, and the view was well worth it. This year is also the 50th anniversary of the Seattle World’s Fair, for which the Space Needle was built, and so there was all kinds of cool memorabilia on display from 1962. 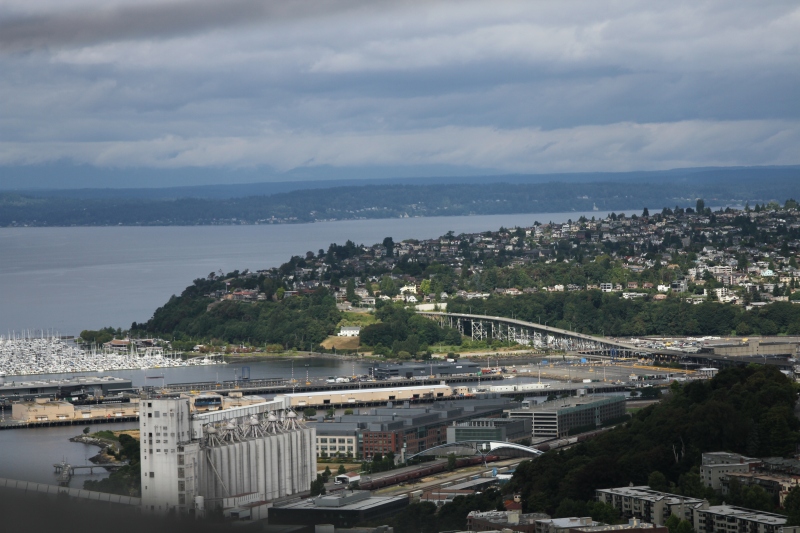 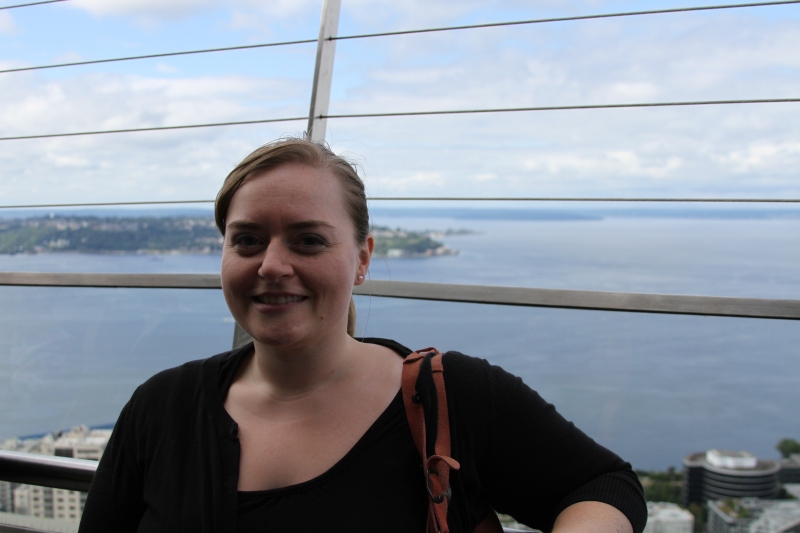 On the way down, we caught a glimpse of the Chihuly glass garden, which looked amazing, and so we headed to the art gallery to see the rest of the exhibit.

As we were going into the gallery, the ticket taker told us that we could take as many pictures as we wanted, but that we were not allowed to touch anything, no matter how much we wanted to. Well, they know their guests well. In the second gallery, there was gigantic blue glass formation (see the pictures), and I turned to my mom and said, “I want to touch it.” The pieces are all so intricate that you just want to study them from every possible angle, and that includes touching the glass. (Don’t worry, I followed the rules; I certainly don’t want to break what I’m certain is a $500,000 glass statue… I make this estimation based on the prices of the glass bowls in the gift shop being at least $7500).

In any case, I took TONS of pictures, because each piece was more intricate and incredible than the last. I may need to do a completely separate post on these, because they were all amazing, and I don’t want to hog the post with just the glass museum. Here’s a small preview:

Our goal all this time had been to make it to the Pike Place Market, and so we headed there next, after a slight confusion about which direction we were going in. But we found it pretty quickly… and though it was a bit of a longer walk than I originally thought, it was pleasant. The day was pretty mild, at least for what I’m used to (though the check in guy at the hotel seems to think Seattle is having a heatwave… it didn’t even hit 80 today). It was the stereotypical Seattle foggy, but there was no rain to impede the walk.

Pike Place Market was a crowded mess. The little streets around it are charming, however, and we found a cute little chocolate shop, where we sampled some salted caramel chocolates. From there, we fought the crowd at Pike Place for a bit before deciding to eat at Place Pigalle, which had a really lovely view of the water. We sat outside so that we could enjoy this all the more. The food was delicious – I had a truffle chicken salad, and shared creme brulee with mom for dessert.

From lunch, the next natural place to go seemed to be the aquarium, another place I was sure I had been when we visited in 1994. It was fun to walk around and see all the marine creatures. I liked the otters the best; they were the most playful, and we learned that they actually have pockets under their armpits where they store food and then eat it while they swim along. They were adorable.

Exhausted, we headed back to the hotel and got in touch with Lindsay and Paul, who we planned to meet for dinner. They arrived in Seattle on Monday, after a drive across the country (of which I am very jealous!). Lindsay picked us up, we saw where they were staying, and then we had dinner at the Blackboard Bistro. It was a relaxing way to end the first true day of the trip.

And now, since I’m STILL not quite used to the time change, I am off to get some sleep!