In a much shorter series, let’s begin the chronicle of making the bow ties. My sister was looking around for bow ties to purchase, but discovered they were quite expensive, and the bridal party is rather large (ten girls, eight guys). So, putting my sewing skills to good use yet again, we are making the bow ties. The fabric was purchased during the same shopping trip in which we procured the flower girl fabric. She decided on a green seersucker. 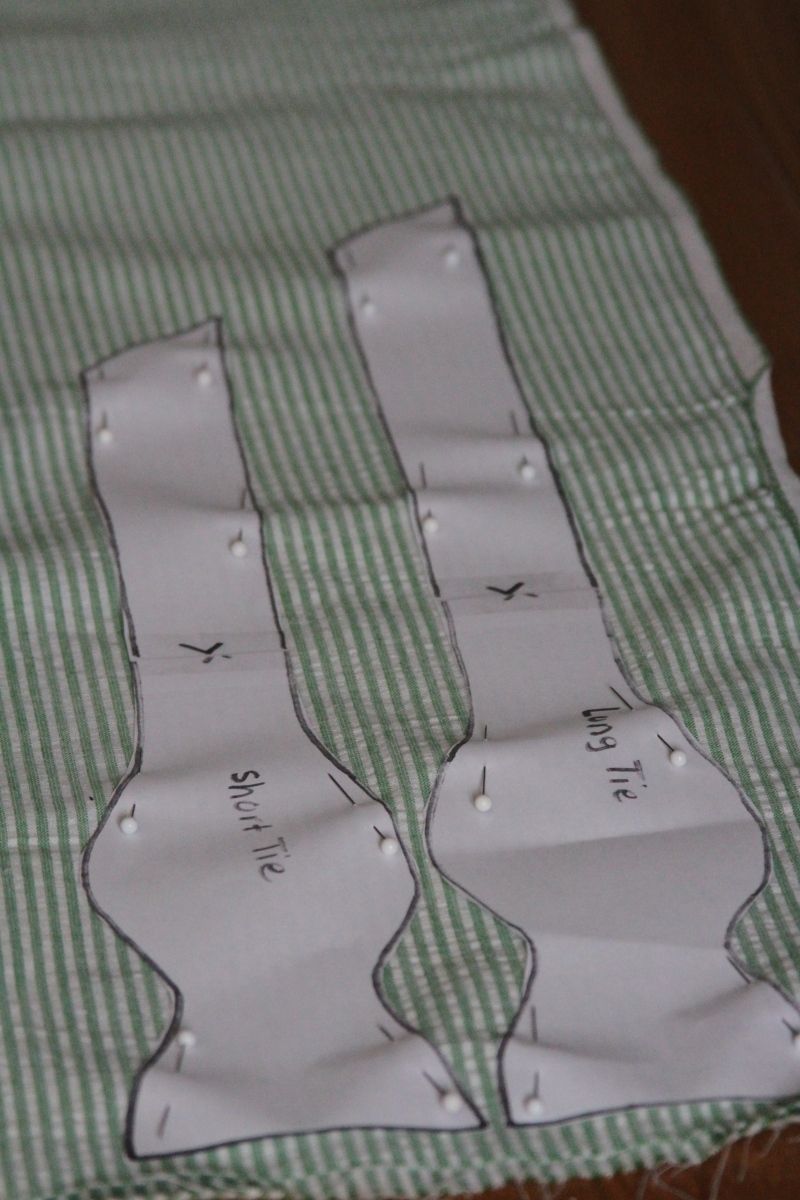 I found a pattern and tutorial here. Printed the pattern on Saturday and was ready to go… until I realized we needed interfacing (really this was a rookie mistake; I should’ve thought of this earlier, knowing how a bowtie needs to hold its shape).

In any case, I got to work on cutting the fabric out, and I’ll take care of the interfacing when it gets here!

Most likely this “series” will end with just a part two, as the instructions are simple and shouldn’t take very long, other than the fact that I need to make nine of them (groom included)!