Today brought on another extremely low key morning. Mom and I got up and headed out to meet Lindsay and Paul for breakfast. We walked through west Seattle and got croissants at Bakery Nouveau, where the chef has won many an award for baking in France. The food was amazing, though the crowd lining up outside the bakery should’ve been an indication. We got a variety of flaky, buttery treats to try, all just as good as the one that came before it.

After breakfast, we headed down to Alki Way again so that mom could see it. However, dogs were not allowed on the beach and so we didn’t stay very long. Instead, we took Albus to a nearby dog park so that he could run off some energy before he had to stay home alone for a bit. It was actually pretty cute, and I’m not generally a fan of a lot of random dogs in one place. But these dogs were all very well behaved and not at all annoying. There were dogs of almost every shape, size and breed at this place. It was kind of fascinating to watch them interact with each other.

Not much in the way of pictures at the dog park, but I did get some more of the lovely Seattle views, and some bees buzzing around on some lavender plants: 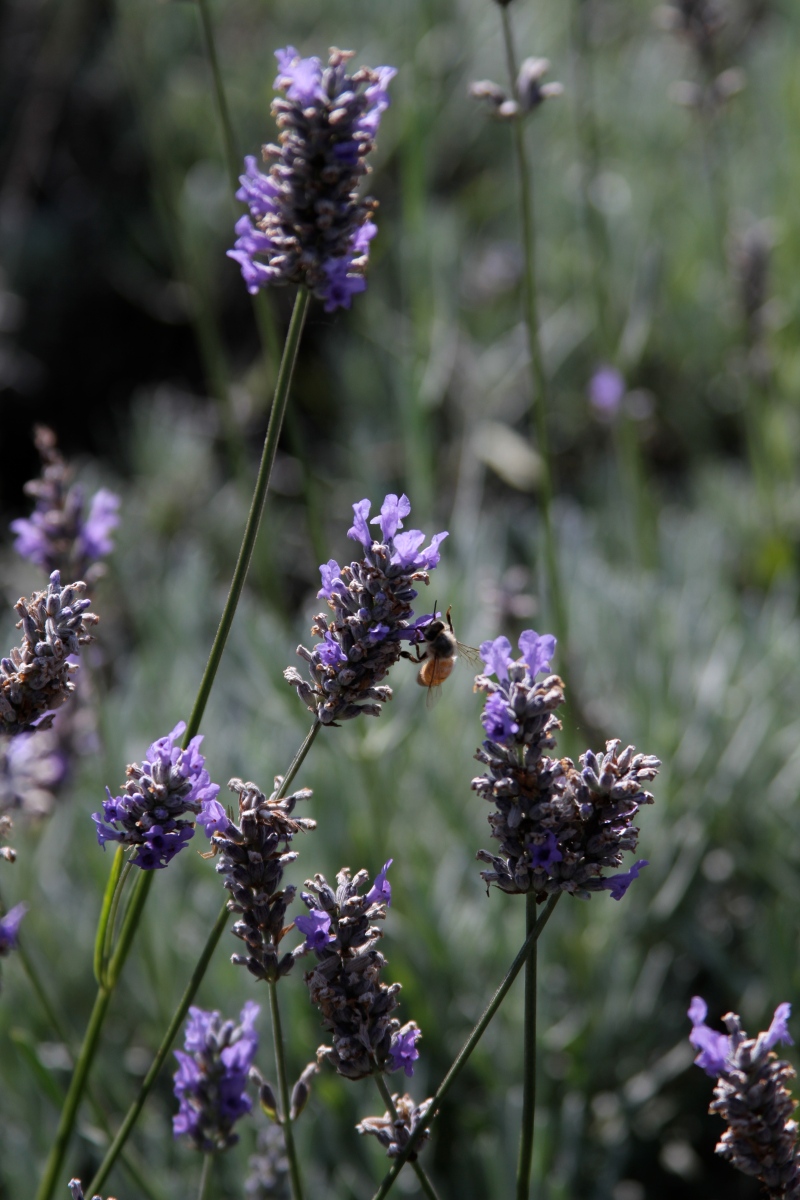 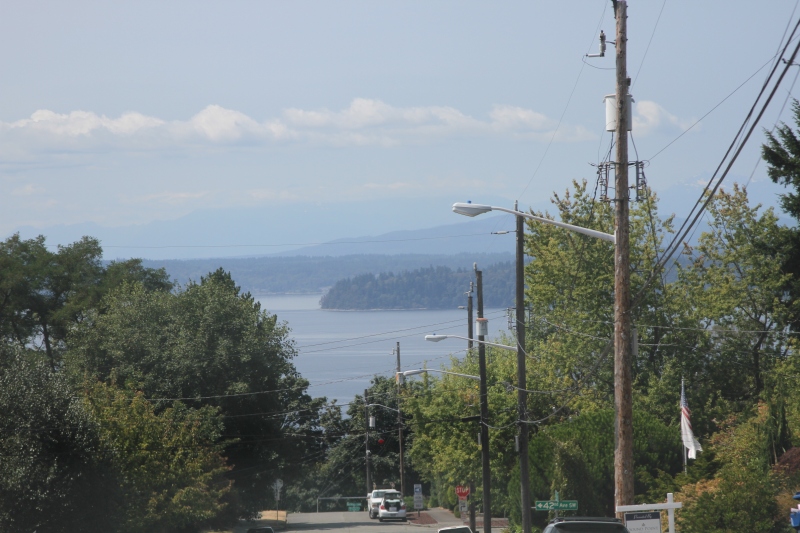 Later in the day it was time for Shane and Mike’s wedding rehearsal at Gas Works Park. The wedding site is absolutely beautiful, with a complete view of the Seattle skyline and the water behind it. The rehearsal went very well, and I think is better told in pictures, so I’ll share a number of them. They were numerous, however, so this is just a brief sampling. 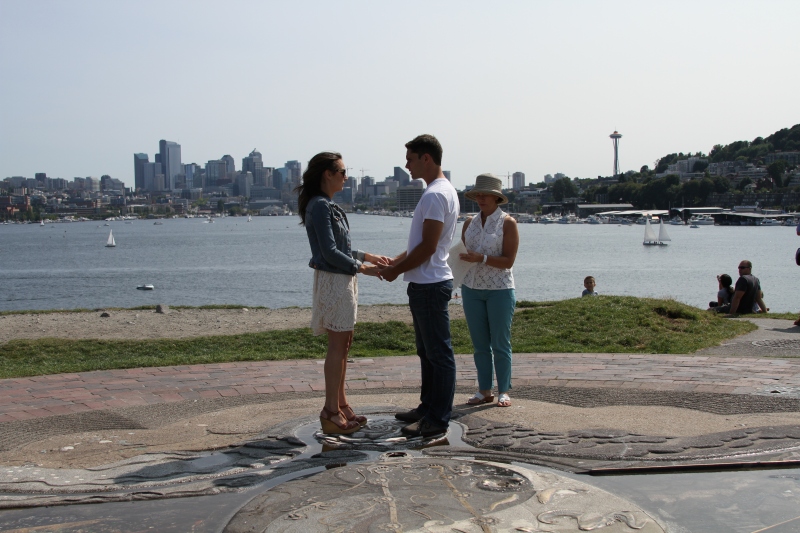 Shane and Mike where they’ll be standing for the ceremony. 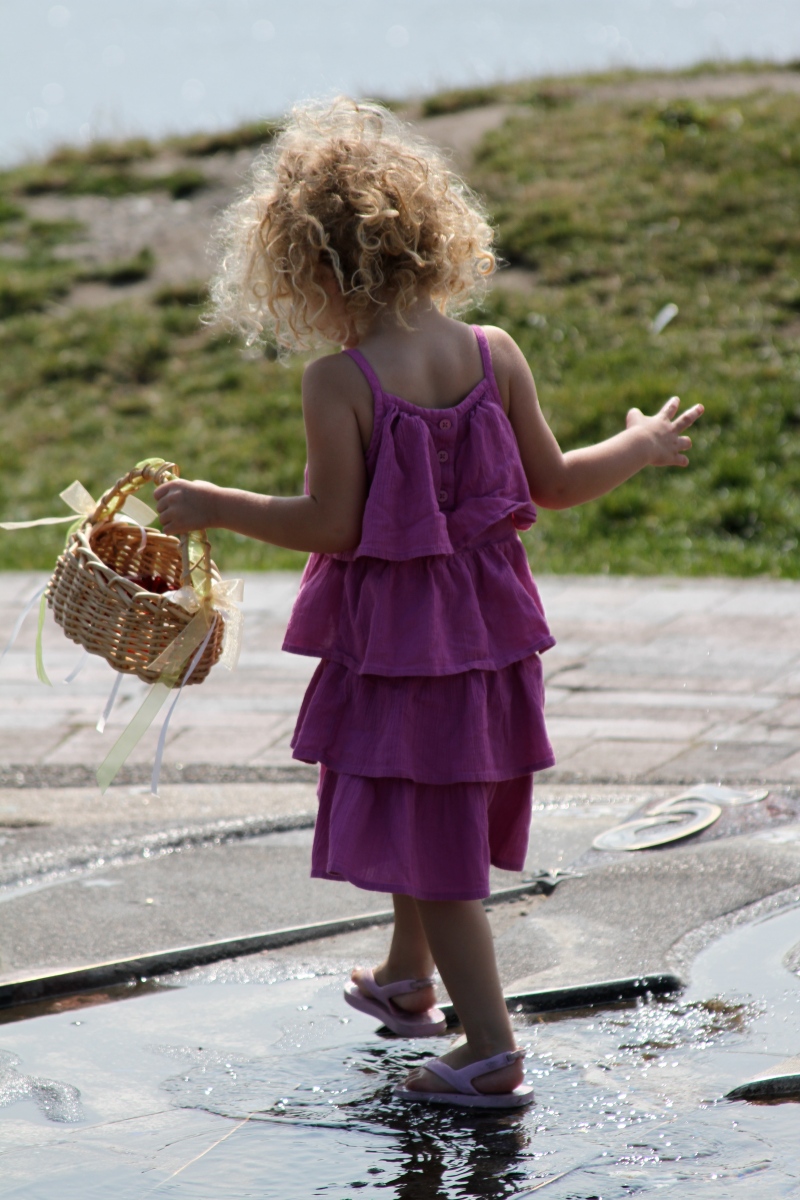 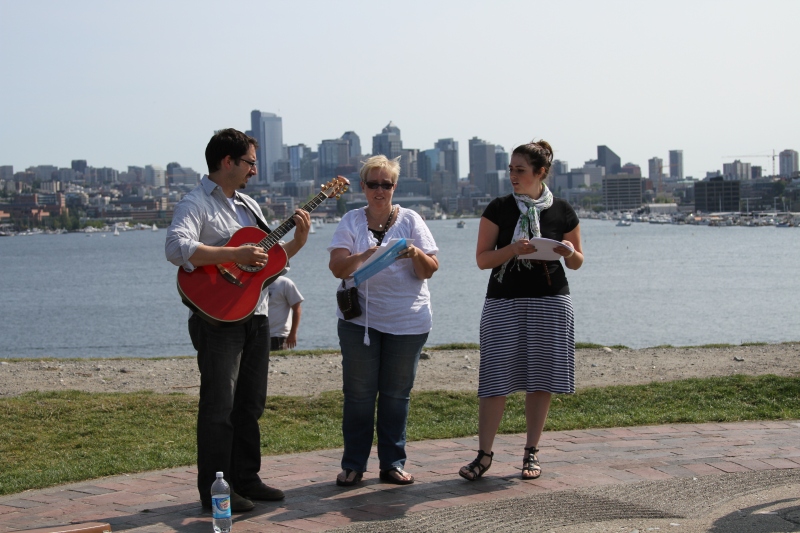 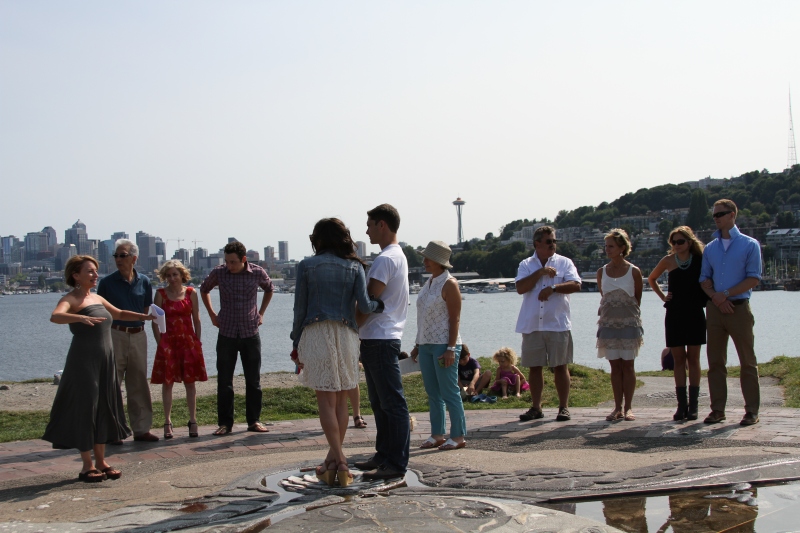 From the rehearsal, we went to the rehearsal dinner, which was hosted by Mike’s parents at the house they rented for the week. The food came from a favorite Mediterranean restaurant of Shane and Mike’s, and was really good. A good time was had by all at the dinner. Many of the out-of-town family and friends arrived today and so it was the first time they were all together.

Shane and Mike made a very sweet speech thanking all the guests for coming, since most people did, in fact, travel quite a distance to be at the wedding. 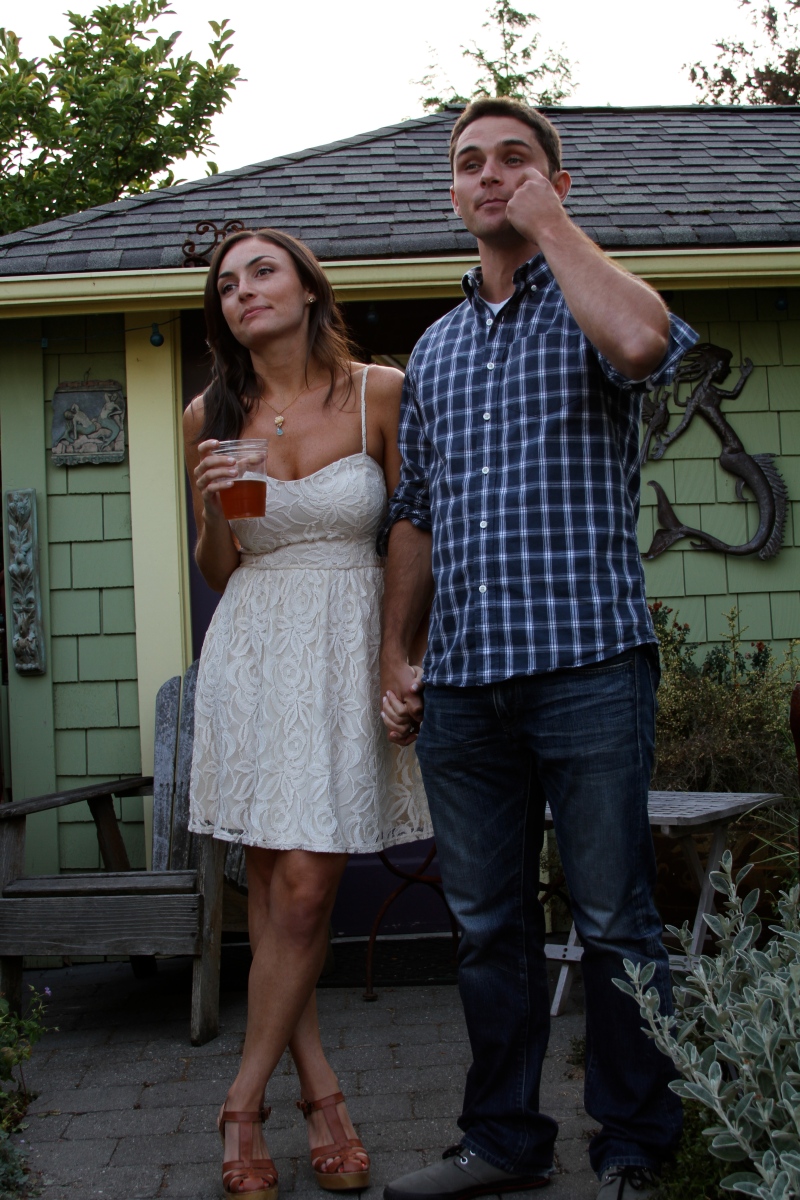 Then, Mike surprised Shane with a song – which turned into a miniature sing-a-long. 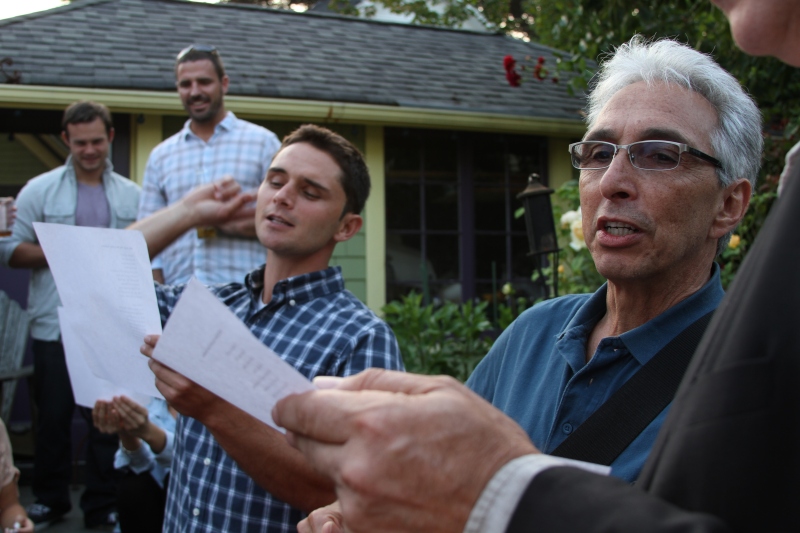 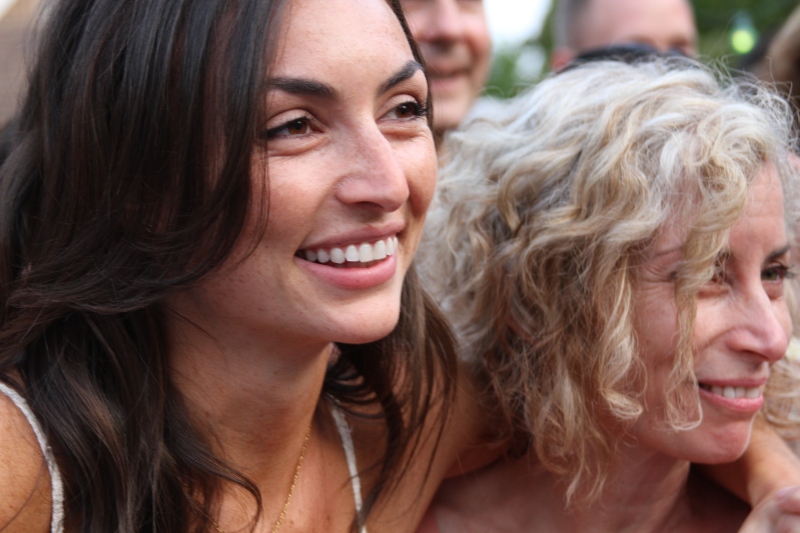 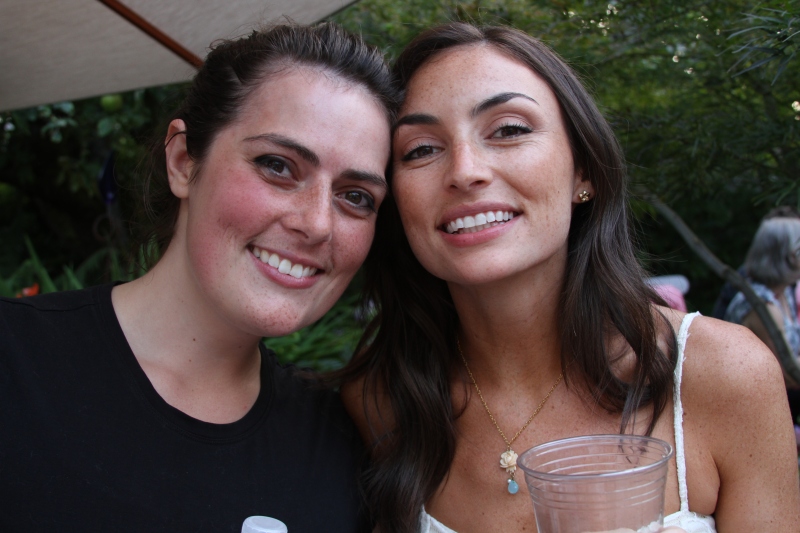 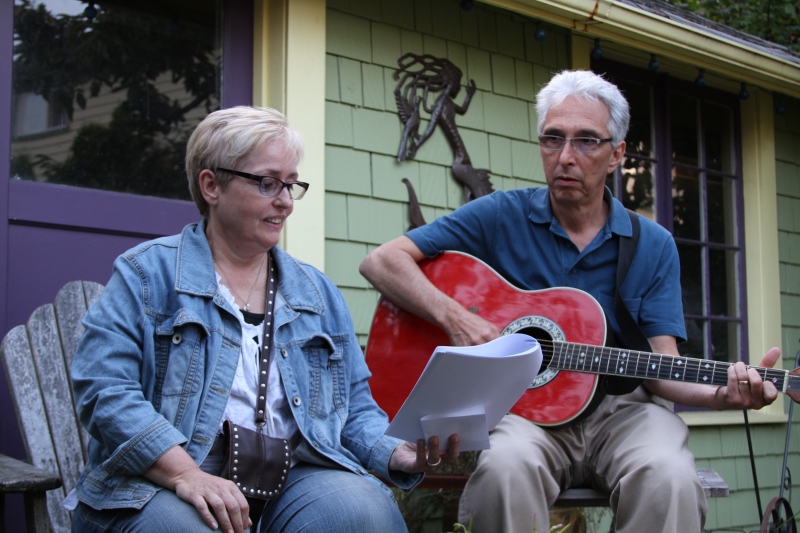 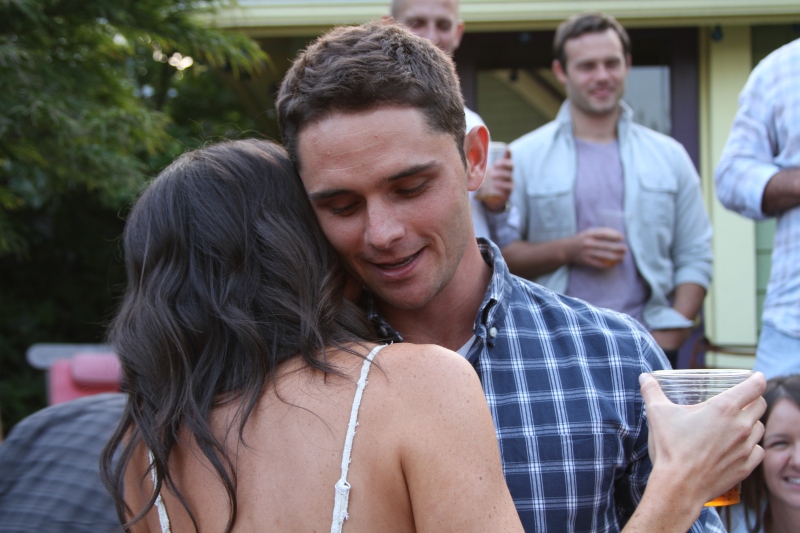 After all the party fun, we were tired and Lindsay had to get back to feed Albus so we said our goodbyes and made our way back to the hotel. Big day tomorrow – the wedding!