This year, my usual Halloween partner was sadly not available, but I wasn’t going to let that come between me and my defending my Most Creative Costume award! I am the winner two years running (aside from the year that we didn’t do the Halloween thing, though I am positive I would’ve won that one too!). At first, I wasn’t going to do anything – but this was mostly because I genuinely had no idea what I wanted to do and I didn’t want to force it just for the sake of making sure I had a costume on. However, out of nowhere on Saturday morning, the perfect idea came to me, one that I was sure would get me the prize again (as I started this post a few days before Halloween, whether the prize was won or not will not be revealed until the end of this post, when the full costume is revealed).

Step One: The Idea

Of course, every good costume starts with an idea. And this one is a doozy. Granted, once I came up with it, I realized it’s not actually original but I’m glad I had the idea before I looked up how to do it. (And truth be told, when I looked up how others have done it, it was more or less what I was formulating in my head already anyway.)

This year, we are going to be the “Spice” Girls. Now, the reason I put that in quotations is because we’re not going to be Baby, Ginger, Scary, Posh & Sporty. We’re going to be dressed as McCormick spice bottles and hold British flags and a sign that says “Girl Power!” Clever, right?

I’m going to be honest. Despite what I said at the beginning of this post, having lost my usual Halloween partner, I was kinda ready to throw in the towel and not do anything this year. But as Halloween is a big deal at my job, I figured this wasn’t an option – particularly if I didn’t want people to come and check on me all day and make sure I’m okay! (Costumes are kinda my thing… I don’t do a costume, people are going to think something’s wrong!) Thus I found a new co-worker to dress up with.

As I came up with my idea less than a week before Halloween, I had to implement it in a very basic way. This involved red plastic top hats, some large sheets of oaktag and that’s about it, to be honest. Our outfits are going to be all black, just to offset the rest of the plan.

The biggest hurdle was drawing the spice bottles. I took on this task on Tuesday of this week, and just prayed that I would be able to get it done by Friday. 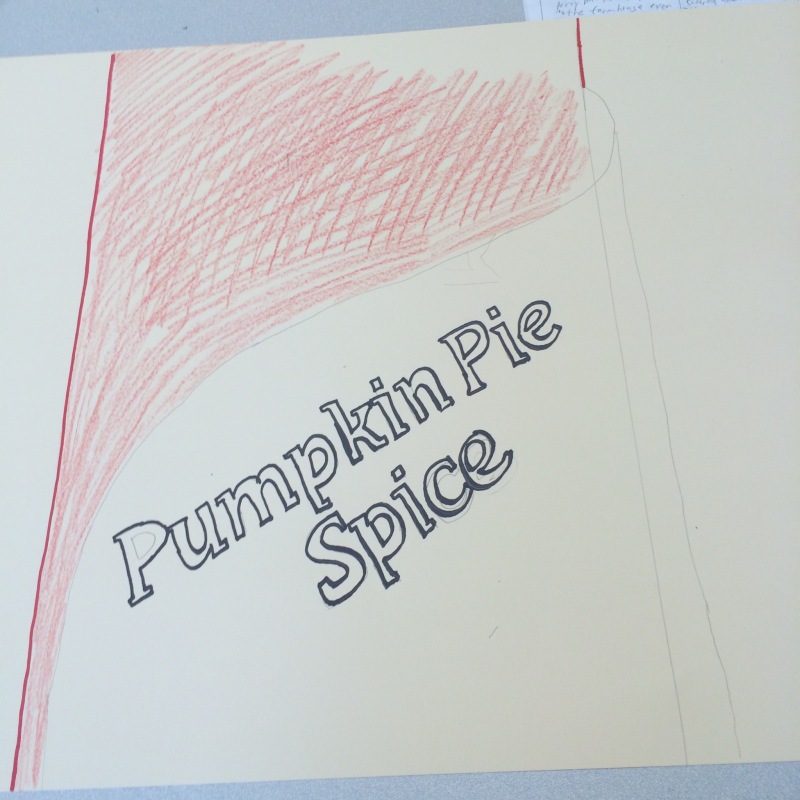 To be honest, the drawing was the key here. Everything else was just a little filler. The hats and flags rounded out the costume, and I was done. 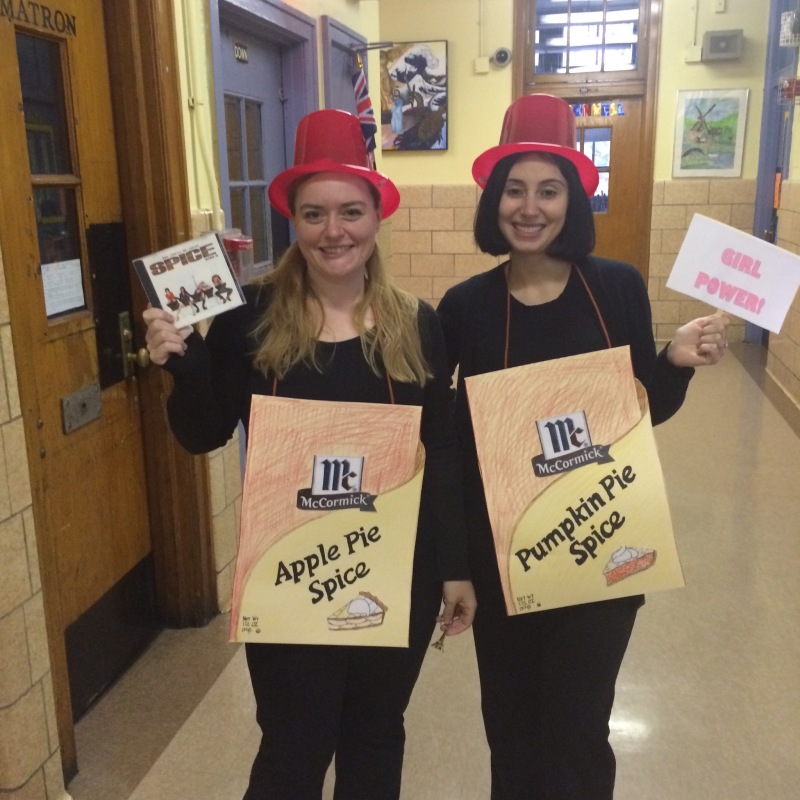 Didn’t win the prize this year, but it was fun. Halloween is a major big deal at work, so it’s always entertaining to see what people come up with!